Saturday 30 January 2016 saw the now annual Kent Mark 2020 Festival Burns Night. This was, again, a spectacular event and will be reported on elsewhere.

This was also a special moment for the Erdemont Mark and Royal Ark Mariner family as it presented an opportunity for the RW. Provincial Grand Master, RW. Bro. Archie Torrance, to present Mrs Janet Stiff with her Mark Benevolent Fund Grand Patron Gold award. Janet is pictured below being congratulated by RW. Bro. Archie. 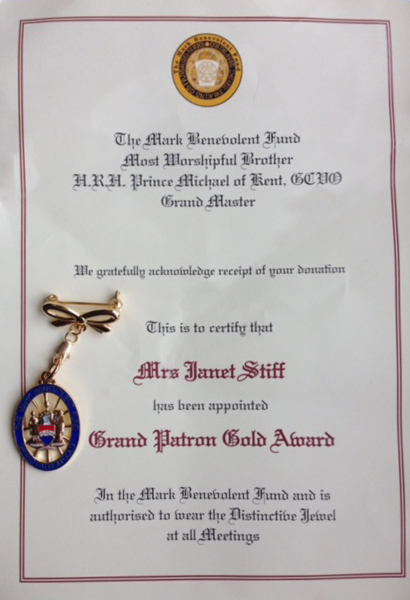 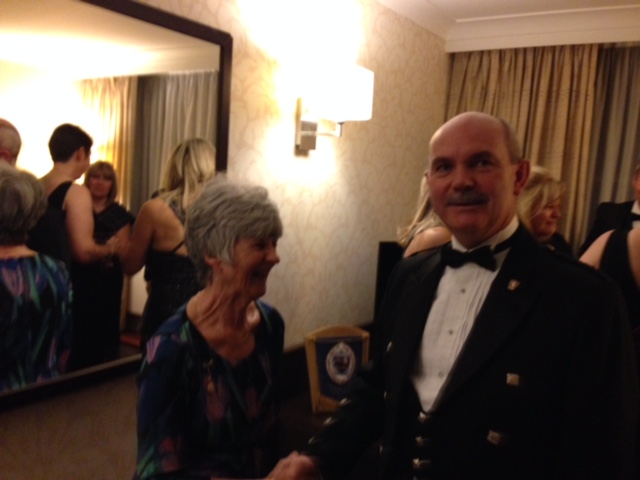 Janet has spent many hours of her life and invested much effort in manufacturing Lodge banners, including the beautiful banners of Erdemont Mark and Royal Ark mariner Lodges, and has donated the proceeds of her work to the Mark Benevolent Fund. The tremendously generous donations made by Janet have led her to attain this truly exceptional award. Janet can be seen with her husband, David, below, as she proudly wears her Jewel at the Burns supper. 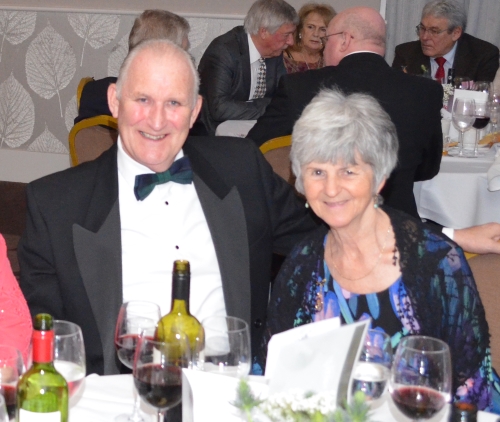 Not just the Lodge but the entire Province offers its congratulations to Janet and, of course, offers many thanks for her much valued generosity! 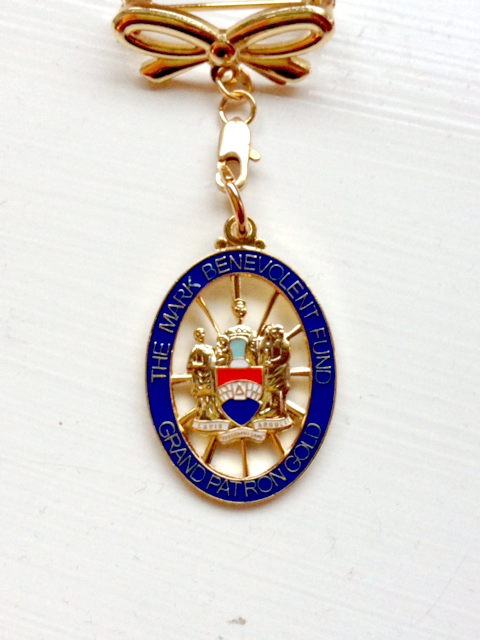